We’re delighted to launch shop-friend and writer Jane’s first collection: The South Westerlies. Based in Llangennith, ‘Jane Fraser’s dark and unsettling debut collection of short stories explores the windswept Gower Peninsula of South Wales: a place of folklore and myth, birth and death, envy and revenge.’

‘Fraser’s stories are compellingly told and carefully crafted. She shares a heightened, acute sense of language with Annie Proulx and the right to comparison with such a prose stylist is properly won. And just as Proulx claims the lodgepole pines and wide-skied landscape of Wyoming as her own so too does Jane Fraser take the wind-flensed land’s edge of north Gower and make it hers. She has given this reader, at least, what he so often desires, namely the tang and sharpness of savouring language seemingly newly minted.’ —Jon Gower

‘The South Westerlies is obviously the work of a serious, committed and thoughtful writer, open to both inner and outer realms, the quivering sensitivities of the self, and the tactile, textured world outside, a kind of aesthetic elision between character and place.’ —Alan Bilton

‘The South Westerlies illustrate a landscape depicted with great specificity and detail, interfusing an exploration of place with the lives and perceptions of the characters who inhabit it… The stories display a sure grasp of the short story form and the techniques and processes of prose fiction… The collection is an original and valuable contribution to the literature of Gower and Wales.’ —Tristan Hughes

Tickets available from shop or here 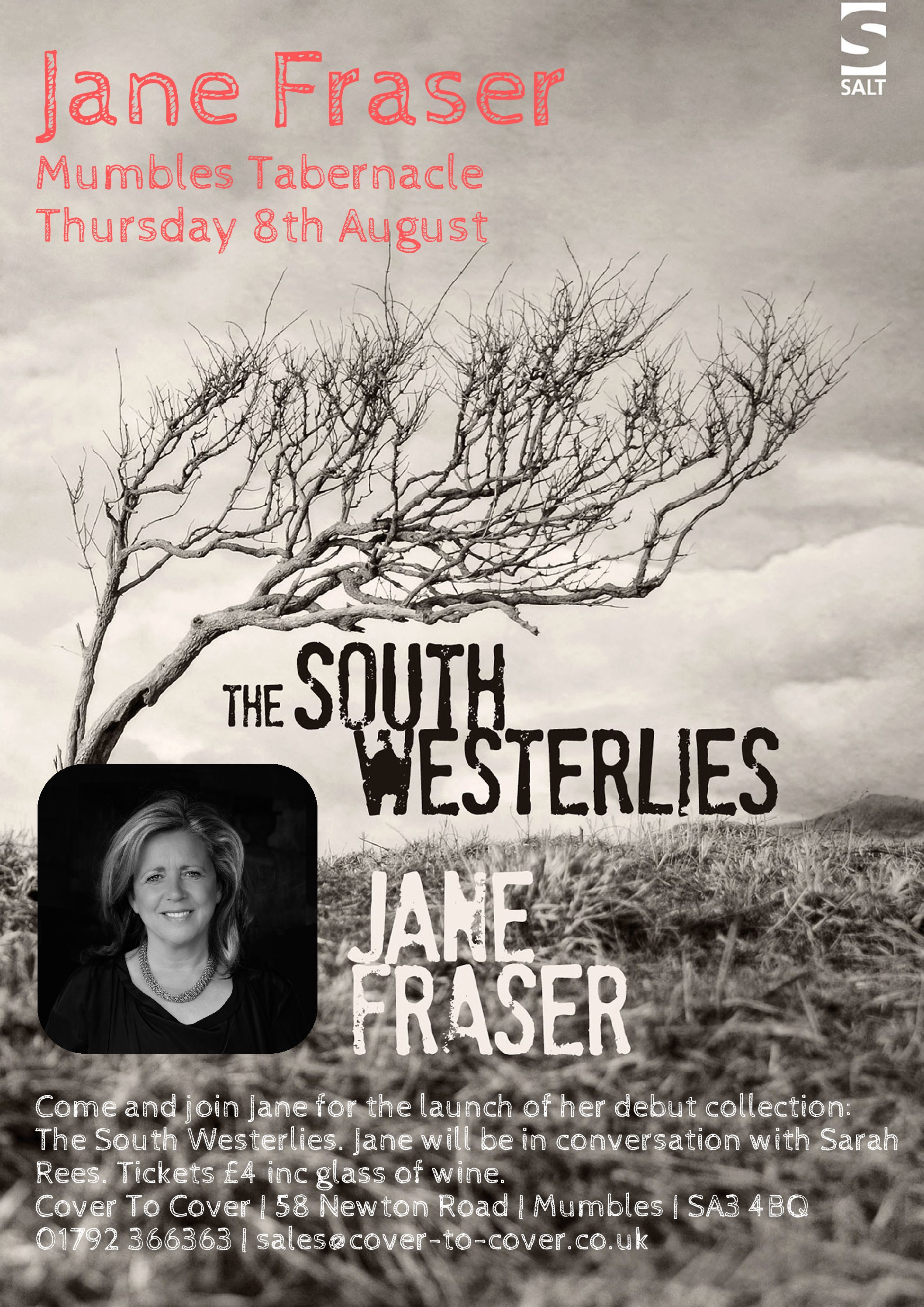