Come and join Gower author (and shop supporter) Celia Reynolds for the launch of her debut novel: Finding Henry Applebee.

Published by Harper Collins, and criss-crossing the UK from Oystermouth to Scotland, Finding Henry Applebee is a tender and uplifting story about unlikely friendships, the power of love – and how it’s never too late to change your life.

Celia Reynolds was born and raised in Wales and worked for almost twenty-five years in the film industry in London, and briefly Rome. In 2012, she left her job as European Marketing Director at Twentieth Century Fox to enrol in the Complete Creative Writing Course held at the Groucho Club in London’s West End. Later that year, she was awarded Runner Up prize in the London Writers’ Club/Hush Short Story Competition. After many years away, she is now based on the Gower coast in her native South Wales. 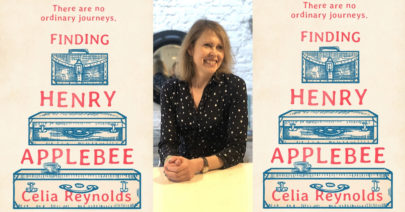