Come and join Stephen Hedges for the launch of his biography of his father: Bernard Hedges. Bernard played rugby for Pontypridd and Swansea, represented Great Britain at football, and was a widely respected cricketer with Glamorgan between 1950 and 1967.

‘Bernard was a true sportsman’ Don Shepherd
Truly, he was a hero’ Neil Kinnock
‘When it was my turn to face the bowlers, I often chose to be Bernard Hedges’ Sir Gareth Edwards

Bernard lived in Newton, Mumbles for the last 25 years of his life.

Stephen will be chatting and signing copies. Free! 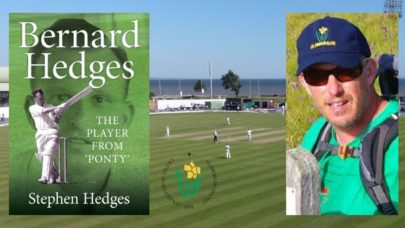